The Absolute Worst (and Best) Times of Day to Selfie 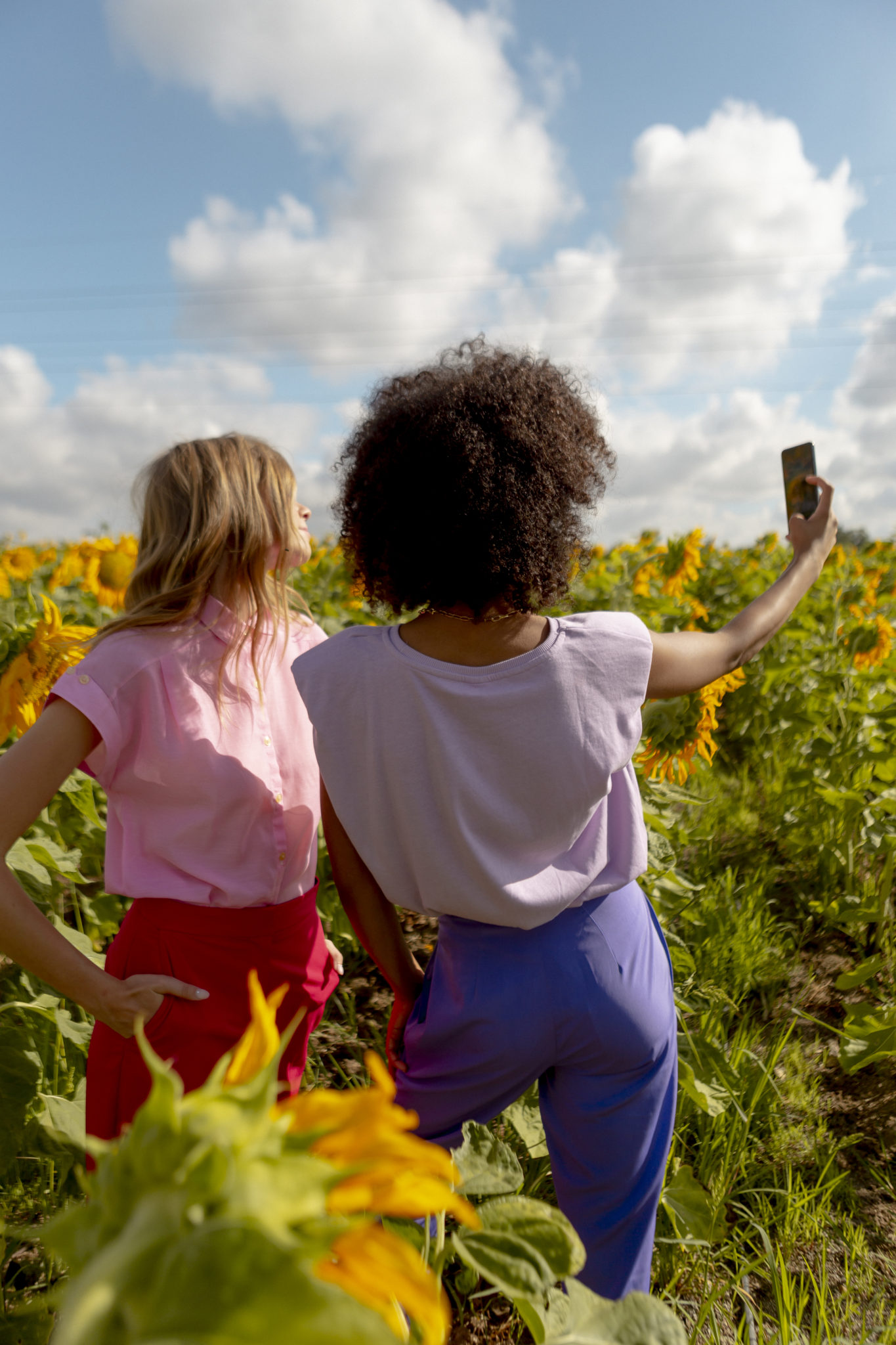 Selfies have come a long way since Paris and Kim introduced the idea of constantly taking photos of yourself. It’s strange to think there was a time when selfies were so stigmatized! Thankfully for our IG feeds (or maybe because of them), selfies are pretty standard now. Taking photos of yourself in public is as ordinary as taking a photo of someone else.

But if you want to get a really great selfie, what is the best time of day to take it? Any expert photographer will tell you that lighting is everything — but there's more to consider.

The Best Time to Take a Selfie

They say that you look the most awake and refreshed at around 10am. It makes sense: First thing in the morning, you (and your skin) are not super energized and your face is still all puffy from sleep. Not cute. By mid-morning, the coffee has kicked in, your blood’s been circulating for a while, and your mug should be ready to face the day (or take selfies).

You've probably heard of the Golden Hour by now, and some cloudy, long-lost thought in the back of your head is ringing: "Didn’t someone say that evening was the best time to take a selfie?" You’re not wrong.

Early evening as the sun begins to set, we get this beautiful golden glow. That magic lighting is forgiving and cures everything (okay, maybe it won't take care of a massive pre-period pimple, but it can cover up the detriments of an all-nighter), so even if you aren’t looking as fresh as you did at 10 am, you can still bask in the glow of fantastic lighting. Now, Golden Hour (also known as Magic Hour) also happens right after sunrise, since the sun is low in the sky then as well, but as I'm no morning person myself, there’s no way in hell I’m going to encourage you to get up with the sun. Let’s be realistic.

Pro tip: If you want the best of both worlds, why not snap a selfie at 10am when you’re looking your best and then edit the photo to get that evening glow? There’s a tool called Glow in Facetune that brightens and smoothes out a dull complexion, and there's even a section of Golden Hour selfie filters to help you get the glow all day long.

The Worst Time to Take a Selfie

It goes without saying that bedhead, a puffy morning face and eye gunk means an early morning pic isn’t how you want to be remembered. Don’t be fooled by #IWokeUpLikeThis and other selfie hashtags. No, ya didn’t. You woke up, spent half an hour doing makeup, drinking coffee, fixing your hair, and then you got back in bed. And then, you Facetuned and you added a filter.

If we’re talking about outside selfies, the absolute worst time to take a selfie is when the sun is high in the sky, and that starts a little before noon. The sun will be more directly overhead for the next few hours, meaning shadows will cover half your face and make it difficult to find a cute angle. Your makeup may have faded, your coffee has probably worn off, and the stress of your crazy boss's demanding midday emails may be seeping through your face. Better to hold off and wait until that evening glow shows up around dinner time.

If there are clouds in front of the midday sun, you’ve got a fighting chance, but it doesn’t mean you’re safe. While clouds may block the light, you may be in for flat, dull light that does nothing for you or your selfies. One giant cloud blocking the sun but bright blue skies all around? Score! You’ve just got yourself bright natural light that isn’t too harsh.

Just 'Cause Ya Can, Doesn’t Mean Ya Should

Just because you look cute at 10am doesn’t mean you should take a selfie. Be mindful of where you are and who’s around you. In a serious meeting with the president of your company? Pass. Taking a serious exam? Pass. You’re probably not even allowed to have your phone out. At a funeral? In the hospital? Pass and pass. Sensitivity, people — it’s not all about you!

Then there are some opportunities that you shouldn’t pass up, no matter the time of day. Sure, the midday sun might make the bags under your eyes look like the devil’s work, but if it’s a once-in-a-lifetime moment, you’ll look back at the picture and only see the memory — not the bags.

A classic example: the college graduation selfie. You’ve been standing around for hours while your hair flattens, your makeup melts, and sweat beads have appeared and reappeared on your forehead because it’s June and the summer you’ve anxiously been waiting for has reared its 96-degree head in full force. You’re super dehydrated and look like you stayed up until 3am, but the happiness and pride kind of cancels out the dull, sweaty skin. It doesn’t matter what time of day it is; it’s a moment to take a selfie.