What's the No. 1 Selfie Spot on the Planet? 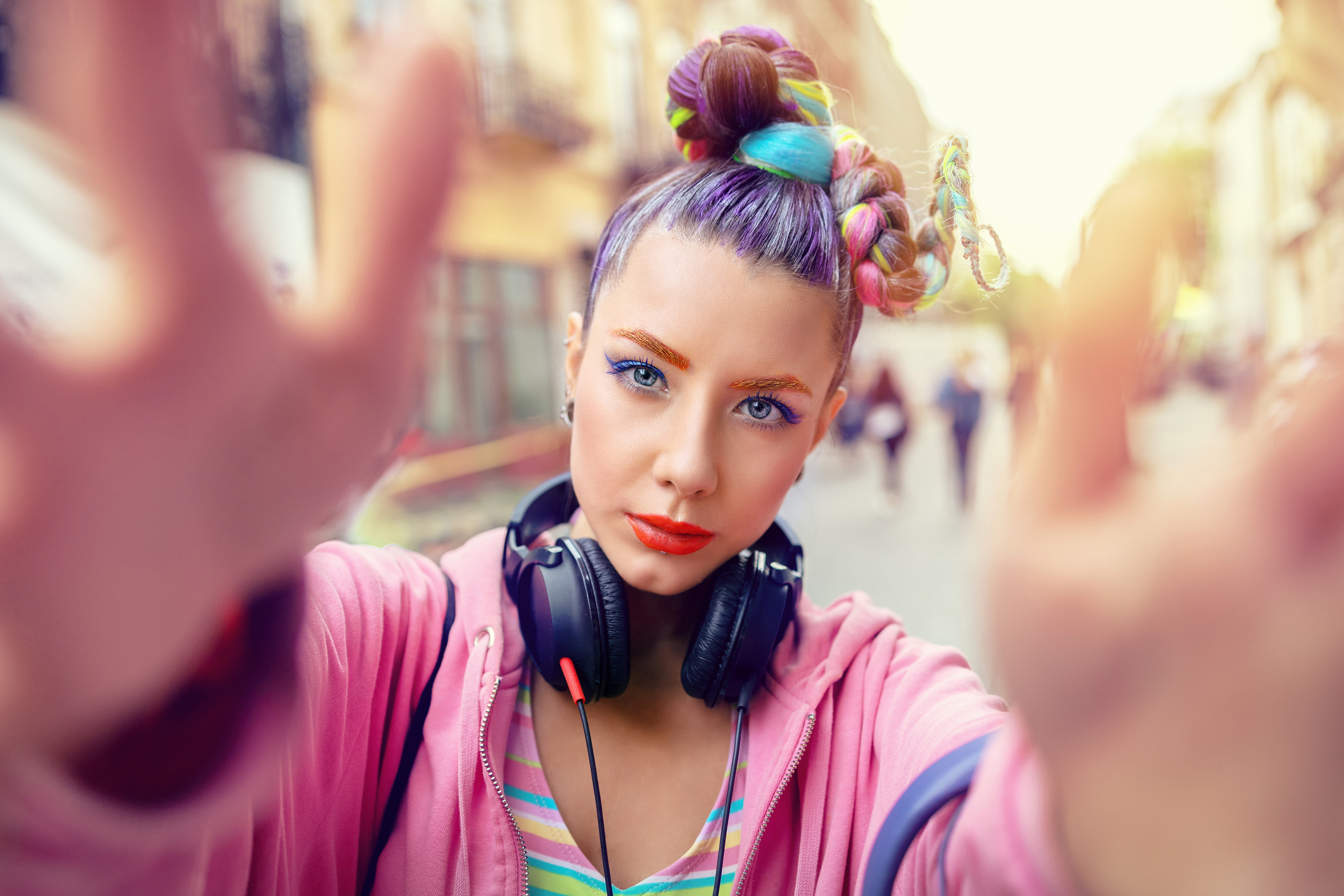 The thing is, nobody wants to see 3 billion mirror selfies or gym selfies. Selfie queen Kim K. knows that. Even her wax figure at Madame Tussaud's knows that. That's why everyone needs to know where the most popular selfie spots in the world are.

Where’s the extraordinary? Where’s the "it" factor that makes people tap the like button?

It’s not at your apartment, gym, or the club. Surprise! Those actually aren’t the most popular spots to take photos in front of (if you want to get likes and followers, that is, which you do).

Grab your passport and make the most of your selfies by visiting these top 10 selfie spots around the world. Keep in mind, often you'll need someone else to take the "self-portrait" for you, in order to get that awesome location safely inside the frame.

You may have never heard of Corcovado Mountain before, but I bet you’ve seen pics of the Christ the Redeemer statue. And if you haven't, who are you following? Anyway, Corcovado Mountain is that place with that huge Christ statue, and with spec-tac-ular views of the Brazilian countryside.

This is, by far, one of the most picturesque places on Earth. Not only can you snap pics near the statue, you can also take them atop a mountain or even in the Tijuca Forest that surrounds it.

Oh, and you can get a gorgeous snap of Rio De Janeiro from this vantage point, too.

Big Ben is more than a gigantic clock: It’s officially known as the Elizabeth Tower and it sits in the heart of old London. What a small dog is to Paris (Hilton), Big Ben is to London (England).

It's is also a classic location used in TV shows and films. From V For Vendetta to Doctor Who to Mary Poppins, the giant clock tower is a sight to behold.

This location is practically oozing British charm, and if you were obsessed with Downtown Abbey, it’s the best spot to take a selfie.

The Pyramids of Giza are a must if you’re ever in Egypt. Aside from the fact that they look amazing, the lure of the Pyramids is their mystery.

How were they built? Why?

Scientists have their theories, but the aura of mystery and wonder makes the Pyramids one of the most popular places to take a selfie. As one of the oldest Seven Wonders of the World, the Pyramids have to be on your selfie bucket list.

Just, uh, resist the urge to climb them. That’s clearly against the rules, but people keep trying for some reason?

Okay, so you might wonder, "Why would I travel to some random AF village in Italy for a selfie?"

Umm, Google it. A quick search for Manarola Village will have you booking your plane ticket in seconds. Or I'll make it easy for you and show you here.

The place is picturesque and perfect.

Cognatini weekend in Cinque Terre was a dream 💖

Manarola might be small and quaint, but it looks like the set of a freakin’ movie. You can practically taste the ocean and gelato from here.

Manarola is special because it’s one of Italy’s Cinque Terre towns on the Italian Riviera. Complete with colorful houses and amazing ocean views, Manarola is a must.

Go to Google Maps and look for Bhutan, stat. This small South Asian country is known for its stunning views of the Himalayan mountains, so be sure to bring a parka for this trip.

Bhutan is known for its Buddhist monasteries, and its Taktsang Monastery stands out from the rest. Built in the 1600s, it's a sacred Buddhist site and local cultural icon.

It's built into the damn side of the mountains, guys. It’s completely breathtaking.

P.S. Be respectful when you visit. It’s a great selfie spot, but it’s also an important spiritual site, too.

Keep that parka close at hand, because there are plenty of other beautiful-but-chilly selfie spots.

The icy nation of Norway is home to some badass mountain ranges and rock formations like the famed Trolltunga. Now, its name translates to "troll tongue," which might not sound appealing, but seeing is believing.

Actually, Trolltunga is one of the three biggest selfie spots in all of Norway, and for good reason. I mean, have you seen this place? It’s like Pride Rock from The Lion King.

Grab your inhaler and hike to the top of this formation to give your followers a peek at the impossibly blue fjords and stunning landscape of Norway. Yes, the hike can be challenging, but the reward is worth it.

4. The Great Wall of China

It's called the Great Wall of China for a reason. This is one of the straight-up most badass architectural feats ever.

They say you can see it from the moon, but I’m pretty sure that's just a myth. At any rate, the Great Wall of China offers spectacular views not just of the wall itself, but the Chinese mountains and countryside, too.

Most of the original wall isn’t around anymore because of time and all those damn Mongolian invasions, but still. This is one of the most popular places to take a selfie, and your followers will love the spectacular views.

Back to Italy. It’s a country of many amazing selfie spots, and one of them is ... the Colosseum.

This was one of the largest amphitheaters in the world at the time. But the poor Romans had a lot of bad luck in the form of earthquakes and fires and other disasters.

Today, you can take a selfie in front of (and inside) the tourist spot. Thousands of people visit the Colosseum each day, but it’s still one of the most popular places to snap your #GlowUp.

When in Rome, take a selfie! Bonus points if you can snap it during the golden hour!

Dubai is one of the most crazy-engineered cities in the world. They poured a lot of money into making some absolutely stunning sites. It’s worth the journey just to see the sleek Dubai skyline against the desert.

The most impressive place to take a selfie in all of Dubai is the Burj Khalifa. This is the tallest building in the world, measuring 2,700 feet tall. Oh, and it holds six other World Records, NBD.

Take your followers on a tour of this gorgeous example of modern architecture. One selfie at the peak (or crazy flexible ballerina move) is sure to excite your followers.

Don’t knock it until you try it, guys. While the sights in the Himalayas or Dubai are to die for, Paris still reigns supreme as the most popular place to take a selfie.

A post shared by L A U R E N (@lauren_vangansen)

I mean, who can beat the views from the Eiffel Tower? This structure is over 1,000 feet tall and it’s still the champion selfie spot, attracting millions of visitors (and selfie-takers) every year.

It’s such an iconic landmark that your Instagram simply isn't complete without at least one Eiffel Tower selfie. Heck, throw on a beret for good measure.

Strap on your boots, friends. If you've got an itch to travel in the name of an amazing selfie, grab your phone charger, these tips for taking a great selfie, and set off. While there's nothing wrong with the occasional car or backyard selfie, your followers want to see breathtaking views. If you're going to show off your new lashes, you might as well do it with the Himalayas in the background.