Why Are Pisces So... 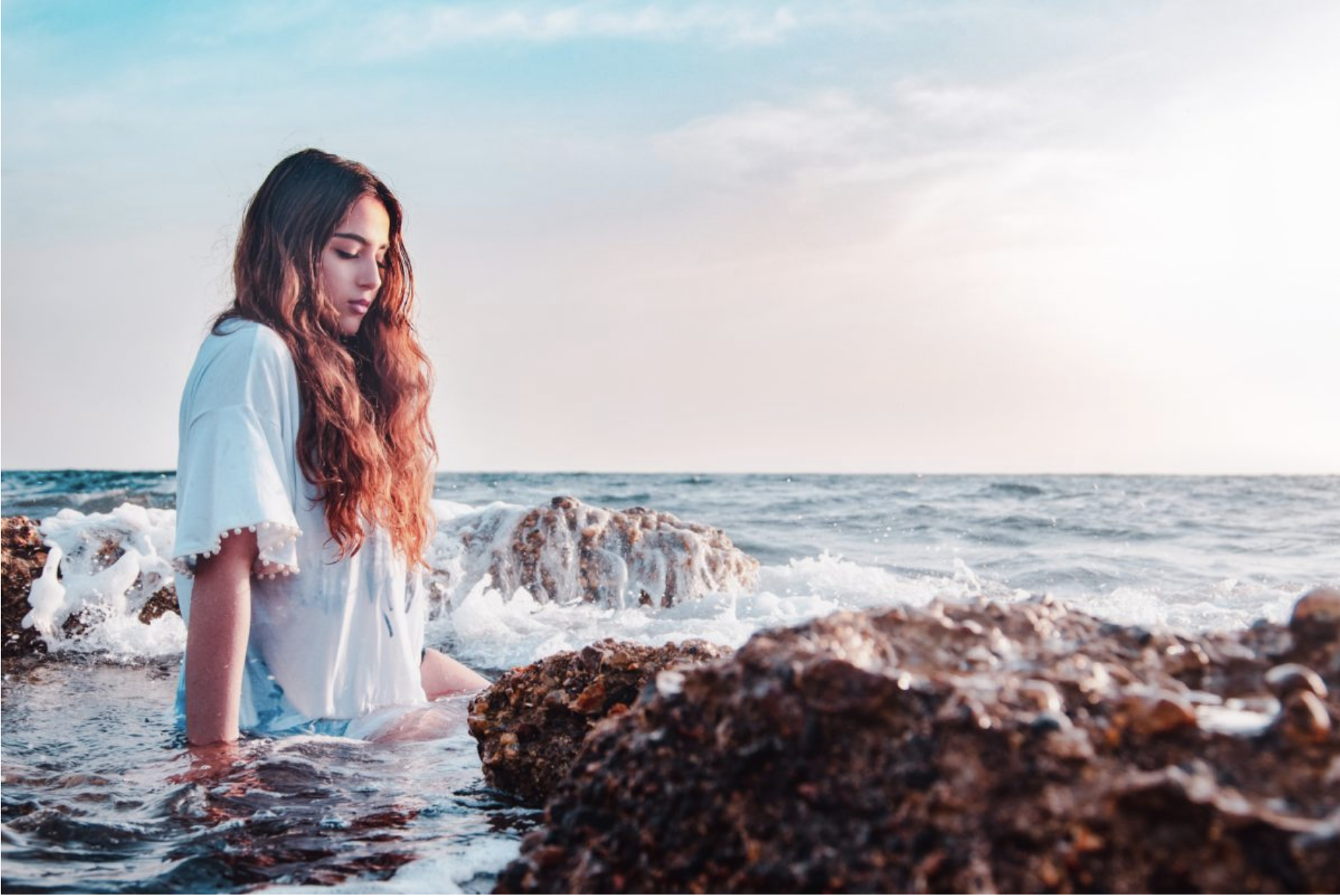 Pisces are the girly girls of the zodiac. If there was one sign that embodied a Disney princess, Pisces would be it. Even the more masculine types usually have something soft about their look. It's almost fairy-like. Think: Tinkerbell.

With their girlish good looks and a few feminine wiles up their sleeve, Pisces attracts many admirers. They are masters at the art of flirting — like sneaky little damsels in distress. Pisces is sometimes compared to the Sirens of folklore. You know, those evil mermaids who lured sailors to their deaths with their enchanting songs and beauty.

Their beauty is otherworldly, though. The symbol for Pisces is two fish swimming in opposite directions. This represents the pull between the material world and a divine realm. It gives them a dreamy look and a watery witch vibe.

This connection to the divine world gives them a unique window into human nature, too. It lends itself to their soothing, compassionate ways and healing abilities. Pisces are sensitive to their surroundings and the emotions of those around them. Because of this, they can pick up on good or bad vibes and easily read a room. Being so in tune makes the other signs feel seen. This can make Pisces very popular.

As the last sign of the zodiac, they are an old soul. It is said that they possess qualities of all the signs that came before. This is reflected in the eclectic Pisces style. They can almost shapeshift into anything they wish to be.

You may see them in a long flowing skirt for a boho look one day and a clean, polished look for work the next. As a mutable sign, they are quite changeable. With an artist's spirit and eye for design, they tend to possess an awesome fashion sense that is ever-evolving. They'll frequently change their hair or outfit themes — and their love interests will rarely get bored.

Pisces are often underestimated when it comes to their intellect. Their sweet nature and wide-eyed look can leave people thinking there's not much going on upstairs.

But think of Pisces like a watcher. Quietly observing, feeling, and never missing a beat. Pisces is absorbing everything that goes on around them and will often make you think they know nothing. They do this out of kindness — so as not to hurt any feelings — or even, at times, to manipulate.

They are ultimately very intelligent. They're so sly and clever that it slips under many people's radars. Pisces definitely knows way more than you think they do.

Their unique intelligence comes with a dose of wisdom too. They have an understanding of unseen forces and an interest in occult practices. Most Pisces probably know about astrology and have a set of tarot cards stashed away somewhere.

They are in tune with the divine world but can also be effective on a practical level. Their vivid imaginations make them gifted artists and even scientists (ahem, Albert Einstein). Because of their broad perspective, they can often see solutions where others cannot. Their intelligence is ultimately a blend of mind, spirit, and emotion.

All the signs have their vices and the fishies are no different. Pisces is extremely sensitive — this can be good and bad, of course. Their intensely emotional way isn't everyone's cup of tea. A carefree air sign, for instance, may feel like they are walking on eggshells when Pisces is around. In general, fire, air, and earth signs can't, or won't, go to emotional depths with this water sign.

This sensitive nature makes it easy for Pisces to lose themselves in someone else's life or problems. In their shape-shifting way, they can actually take on the personality of another. They are so flexible that they sometimes forego their own life and interests in the name of true love. They've been known to bail on their bestie for a new guy.

Flip this nagging criticism on Pisces though, and things won't go so well. On a bad day, it's easy for the fish to wallow in self-pity. In an effort to run from the harsher aspects of everyday life, they will numb themselves with various addictions. When their magical dreamworld shatters, they may drown their sorrows with a few shots or a shopping spree they can't afford. Don't be surprised when they shut off their phone for a six-hour nap because they simply couldn't deal with life.

Escapism is actually a Pisces gift. Like fish, they are slippery and hard to get ahold of. Their flexible nature and broad worldview make it hard for them to commit. At times, they are annoyingly indecisive.

On the darker side, they are prone to lying and manipulation. Ruled by Neptune which is the planet of illusion they can lie like nobody's business. They may appear to be gentle, but Pisces are people of extremes. When pushed past their limit you may see their shark side. A Pisces, when provoked, will become the meanest of mean girls. They could easily turn into the crazy ex who slashes your tires when you piss them off. With strong emotions, angry outbursts are not uncommon here.

For such a sweet, giving creature you may wonder why, or how, a Pisces could turn ice-cold. As mentioned, this sign is prone to extremes. If you hurt their feelings, talk meanly about their dog, or blow them off, they will block you on everything. No discussion. No argument. Just gone.

Despite being super sensitive, they are actually one of the most resilient signs in the zodiac. This makes it easy for them to start fresh. In the same way they reinvent their looks, they'll also find new friends and lovers fast.

The more angry types may talk behind your back and manipulate everyone else to get on board. A broken-hearted Pisces could be a dangerous thing. But odds are, they'll just disappear. After a month (or three days), they'll forget you even existed. It's not uncommon for this sign to have many lovers and admirers. Trust that they had someone in their back pocket all along.

At worst, cheating is also a possibility with the slick fish. If you hurt them badly enough, they'll see their cheating as justified. They are the queens of secrets after all. They can hide almost anything and will take it to their grave.

Relax on the haterade for Pisces, though, because any meanness is probably just a defense mechanism. Pisces is so sensitive that in order to protect their tender heart, they'll shut down and block you out completely. It comes off as cold, but they're just trying to guard themselves when the waters of life get too turbulent.